Skip to main content
You are here: मुख्यपृष्ठ /Son's Drawing and Writing @ Age of 2 to 4 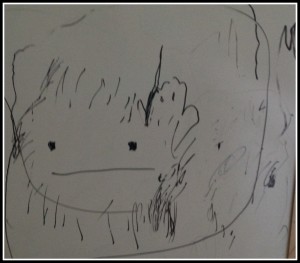 He used to love tracing foot and hand. Later on he started drawing smiley faces. And one fine day, He mixed both the things all of a sudden! I love him for his originality and creativity! 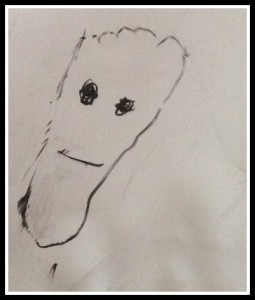 Age 2.5 : He drew whole human body. It is more like stick-man wearing 'Lungi'. 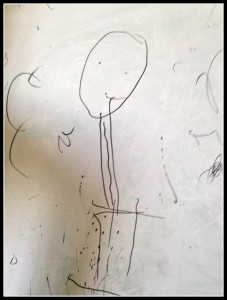 He loves alphabets. He loves making words out of magnetic alphabet letters. He started writing all the letters by the age 3. 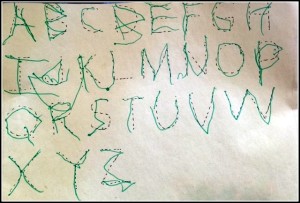 I always delete Applications that need Internet whenever we go out. Because He loves Youtube and Netflix, and if he saw those applications, he 'would' want to use them. And if he couldn't - be prepared for tantrums. To avoid all this, my routine is to delete youtube and Netflix. One day I forgot to install it after coming back home. No problem. He just wrote youtube on whiteboard, and after I re-installed it, he started watching his favorite videos happily.. 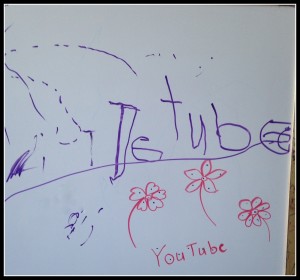 Same thing with Sesame street application. he knows and LOVES Elmo. Hence he wrote Elmo. He also has Gel Teether of ELMO face, whenever he wants it, he writes ELMO. 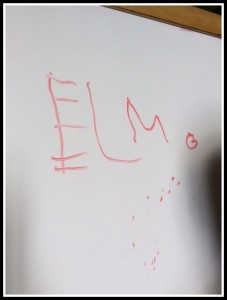 Dumbo- His favorite movie. One afternoon - being absolutely clueless how to make him busy, I started writing names of all of his favorite characters and TV shows on his magnetic doodle slate. I wrote many names and then I got blank. I couldn't remember the rest. He took the magnetic pen and wrote - Dumbo.

I know, It is not perfect! but hey, he is a 4 year old , completely non verbal guy! coming from him, these words are more than perfect! 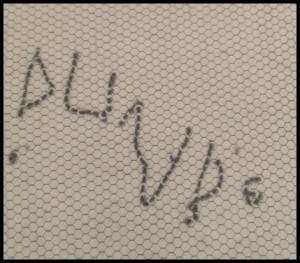 This took me by surprise! Yesterday I was playing with him.. I drew some faces, some flowers, wrote some words. Then all of sudden it occurred to me, I can probably write Marathi words in roman script. He can read letters and he understands phonics. He might understand marathi words as well. I just wrote - Tho de re, Tho de re, THO!..He gave me THO! (bumped my head with his head) and like usual, I asked him if he can say THO! He wrote THO instead.

no complaints! He communicated so well that he knows, understands and can write THO! 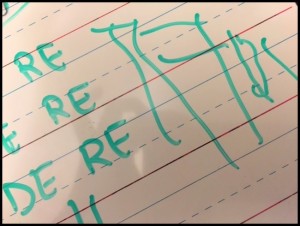 I know he still needs lot of improvement. And I know the problem. He holds a pen at the very end rather than holding it near nib(?). that is why he loses all the control over lines and curves. I as well as ABA therapists are working on his hold. I guess we might need OT for this issue as well. But, honestly? I don't care if it is not perfect. Most 4 year olds cannot write. He can. and more importantly, it is his medium of communication. So I am very happy with whatever he writes. It shows that he thinks, he understands the concepts and he wants to share them with me. We just need more practice.

>>>I love him for his originality and creativity!>>> +१

Thanks a lot everyone.. very

Thanks a lot everyone..

very very coincidently, This blogpost arrived in my mailbox this evening, through one of the autism blog I had subscribed. It made me wonder if my son has hyperlexia and hypernumeracy?