Skip to main content
You are here: मुख्यपृष्ठ /पनीर जालफ्रेझी 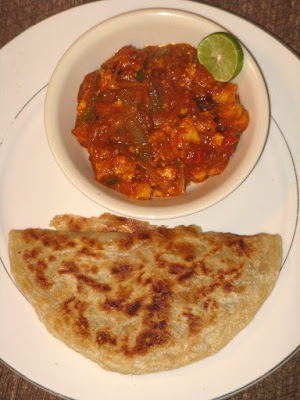 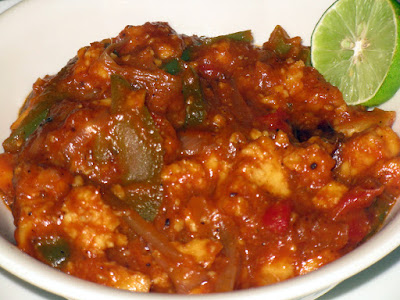 Jalfrezi is believed to be

Jalfrezi is believed to be derived from Bengali word jhal (spicy food) and Urdu word parhezi, suitable for a diet or English word "fried" with urdu word "zee", meaning emphasis. Jalfrezi is either considered as a Bengali food, Mughal food or combination of both.

In Jalfrezi, marinated pieces of meat or vegetable are stir fried in oil to produce a relatively dry and thick sauce. often, green chilies, bell peppers, onion, tomato are added. (food-india.com)
This dish has its roots in the Calcutta region of India at the time of the British Raj. Like some of the other Indian dishes, jalfrezi isn’t a traditional Indian recipe, rather a popular indigenous cooking method. The literal meaning of the word Jalfrezi is “hot-fry” and entered the English language at the time of the British Raj in India. It’s now a firm favourite in Indian cuisine.(curriesonline.uk)

Jalfrezi (also jhal frezi, zalfrezi, and many alternative spellings) is a type of Indian curry in which marinated pieces of meat or vegetables are fried in oil and spices to produce a dry, thick sauce. It is cooked with green chillies, with the result that a jalfrezi can range in heat from a medium dish to a very hot one.[1] Other main ingredients include peppers, onion and tomato.[2](proz.com)